‘Tis the season to be jolly! ‘Tis also the season to eat ridiculous amounts of turkey and of course watch loads of Christmas films!

I confess that I haven’t seen many Christmas films, so in order to expand my repertoire of festive film fun, I posed the question to my wonderful work colleagues: What is your favourite Christmas film?

Considering their suggestions (or some of them at least!), I thought of some categories and picked a film for each. Be sure to let me know your favourites in the comments below!

Aardman’s adventures into CGI have been patchy, but this relatively recent offering is a great festive family film. It’s very funny, the storyline is simple, but there are lots of clever little background jokes that make it worth watching more than once.

I don’t believe in guilty pleasures, but if there 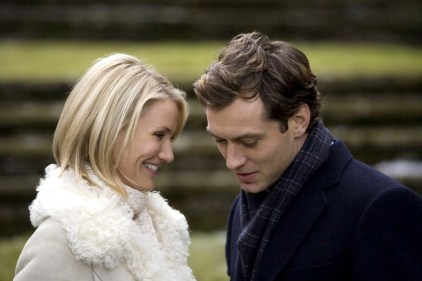 was such a thing this would be it. It’s your run of the mill romantic comedy but set around Christmas. It’s great “switch your brain off” escapism that makes me smile. Deal with it.

A bona fide Christmas classic with a wonderful heart and message. The fact it is still on TV every year and remains a favourite of so many, is a testament to how great it is.

The One I’ve Never Seen Before

My friends may be divided about whether the old one or new one is the best, but I decided to

watch the 1994 version (the newer one). The beginning and end are very sweet and endearing but I found myself getting bored around the middle. It’s lovely in places but sorry, I don’t get the hype around this one! Richard Attenborough is wonderful though; still very much missed.

The One I Used To Hate

I’m a recent convert to this film having hated it for a really long time. Yes it is cheesy and predictable, but it’s funny and genuinely heart-warming also. However I still hate the incredibly contrived “oh look everyone is in the airport” bit at the end though.

The One To Watch All Year Round

This film slipped under the radar a little bit,

which is a shame because it’s great! Not necessarily a Christmas film; it does have Santa in it, but it also has the Easter bunny and tooth fairy in it as well. This is good news though as it means you can definitely watch it at Christmas, but can also justify watching it all year round.

The One I Watch Every Year 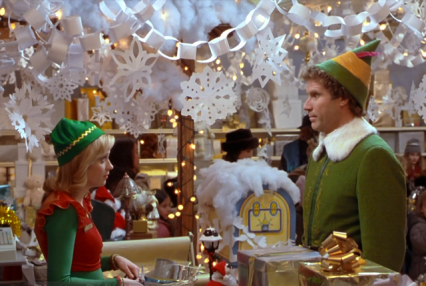 The frontrunner when you ask a lot of people what their favourite Christmas film is. This film never fails to make me laugh. It is endlessly quotable, endearingly warm and side-splittingly hilarious. It wouldn’t be Christmas without it.

Not just one of my favouirte Christmas films, but

one of my favourite films full stop. The animation still holds up 22 years later, the songs are catchy, and it’s Christmassy enough to watch over the festive season but not so Christmassy that you can’t watch it other times of the year as well!

Agree with everything I’ve said or am I a terribly misguided idiot who has got it all wrong? Please share your thoughts in the comments below, and don’t forget to share with your friends as well!

Special thanks to: Juliana, Viv, Julia, Gideon, Jade, Dani, Tinaz and Joel for letting me know your festive favourites – sorry if they haven’t featured here, but there’s always next year!

2 thoughts on “I Saw a Christmas Movie!”