With awards season rapidly approaching, and some big releases coming very soon, I thought it was only right to take a look at the films coming up in 2016 and count down the 10 I am most looking forward to. They won’t all be “awards worthy” but that doesn’t necessarily make a film great. These are the films I am most excited about seeing in 2016 and the reasons why.

I really didn’t want to put this film on my list but it’s such a huge release that I feel it wouldn’t be a complete list without it! I’m very much Team Marvel, and aside from Nolan’s Batman trilogy, I haven’t cared for any DC films at all. I first heard about this film and thought “meh”, then I saw the trailer and thought “Well I’ve seen exactly what happens now soo…”! That being said, I am looking forward to seeing this film; mainly to make sure it isn’t the monumental cock-up that I am currently envisioning. I really hope it is good, honestly I do. We shall see!

I’m a big fan of the Harry Potter franchise, both the books and the films, so naturally I am very excited to see more of this universe. I’m curious about how well it will fit into the current universe, or if they’ll try and keep it separate. It is in good hands however, and I really rate Eddie Redmayne so I’m keen to see how it pans out. 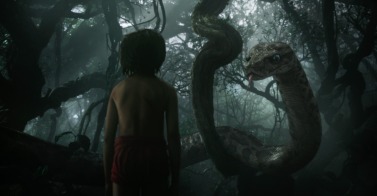 The live-action reboots of Disney animated classics have been patchy, however 2015’s remake of Cinderella was the best yet so I’m feeling hopeful about this. I’m hoping for a faithful adaptation rather than a “gritty reboot” and that it stays true to the story and the heart. The trailer shows lots of promise and the cast is outstanding – can’t wait!

After all my bashing of DC films, here comes the second one in my Top 10! I’m looking forward to this more than Batman vs Superman simply because it is a bit different. Focusing on the villains is a really interesting aspect, and I already adore Margot Robbie’s version of Harley Quinn. I’m on the fence about Jared Leto’s Joker, but shall reserve judgement until I see it. 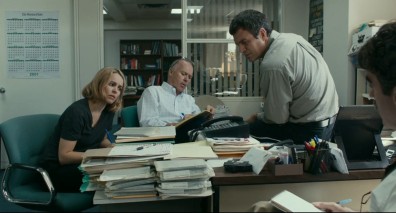 There’s a lot of awards buzz around this film, and it is really intriguing me. The cast is amazing and I have heard excellent things so far, so I’m really looking forward to catching this in a few weeks time to see if it is worthy of all the buzz. 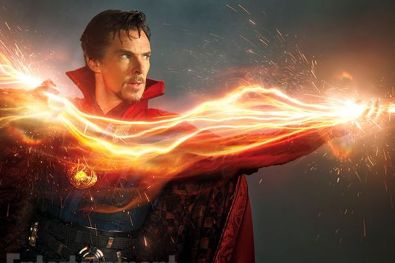 I’ve been excited about this from the second they announced it, and was even more excited when they announced Benedict Cumberbatch would be in it. The photos of Cumberbatch in full costume look absolutely amazing, and pretty accurate to the comic book which makes me very happy. It’ll bring a whole different element into the Marvel universe, so I am excited to see how they’ll do this and what implications it will have for the MCU going forward.

At the time of writing this I have not seen this, but by the time this is published I will have, so pardon any ignorance! The trailer is absolutely breathtaking, the cinematography looks stunning, and based on Alejandro Iñárritu’s previous work on Birdman, I have incredibly high expectations. I love Tom Hardy in everything, and I’m excited to find out if this will finally be the film that gets Leonardo DiCaprio his much deserved Oscar!

Of Course I’m excited about this, it’s Marvel, it’s my favourite Superhero and if it’s as good as The Winter Soldier, then it’s going to be amazing. The huge ensemble cast might make it look more like an Avengers film, but I’m hoping the focus remains on Cap and developing his story. I’m also beyond excited to see Black Panther in action for the first time, and the extended version of that amazing three way battle between Cap, Iron Man and The Winter Soldier that we previewed in the trailers.

After seeing The Force Awakens, everything Star Wars now jumps a little higher up in my lists than it did before; and bear in mind they would have been fairly high up already. I’m very intrigued about the first in the Anthology series, and whilst I hope aesthetically it fits into the Star Wars universe as well as making sense story-wise, I am hoping that there are enough distinct differences that set it apart from the “Episode” movies. Pressure is on, let’s see if it lives up to it.

I haven’t quite figured out what I will do if this film is crap. I mean I’ll probably go into mourning and watch Finding Nemo on a continuous loop, sobbing into my Nemo pillow and singing “Just Keep Swimming” to myself forever, but let’s hope it doesn’t come to that! I’ve said lots about this film already so I won’t repeat myself, but I am so incredibly excited for this film! Finding Nemo means an awful lot to me, and whilst I’m not expecting this sequel to be as good, I’m hoping it is still great!

So there we have it, my most anticipated films of 2016! Do you agree? What films are you most looking forward to this year? Please let me know in the comments below!