Impeccably written and directed by Bo Burnham and exceptionally played by young Elsie Fisher, Eighth Grade is a horrifyingly real and emotionally complex coming of age film. This coupled with Greta Gerwig’s Ladybird makes for the most relatable onscreen female characters I have seen in recent years, and there were moments of Eighth Grade that felt like watching my own life. It expertly taps into the “now”, and the language used by the teenagers feels normal and natural instead of condescending. Despite it feeling thoroughly modern, it perfectly encapsulates that awkward in-betweenness that everyone has experienced at some point, making it a timeless classic. Painfully funny and awkward, but so charming and so endearing, and Elsie Fisher is an absolute star. Go and see this film!
★★★★★ 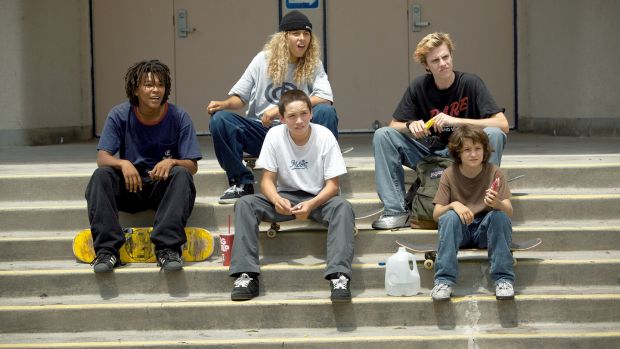 Unflinching, gritty and very funny at times as well, this is a bold debut from Jonah Hill that perfectly captures the colliding innocence and adulthood. It was surprisingly shocking in places, but there was a fondness to Hill’s direction and an obvious personal touch that meant the endearing and human qualities of the characters was what ultimately shone through. Like Eighth Grade, Mid90s has a star making turn from its young star, Sunny Suljic, and he is absolutely the glue that holds this film together. In many ways, Mid90s feels like a film that came out of that era itself, and Hill’s honesty, humour and warmth helps to anchor the otherwise very bleak themes and events that unfold. It’s an odd little film, but for the most part it really works.
★★★★☆

An all-time performance from Zac Efron is undoubtedly the best thing about this film, and it is easily the strongest dramatic work I have seen from him. Lily Collins is also fantastic as Liz Kendall and she certainly has most of the film’s heart and emotion. Sadly the film fails to be much more than two fantastic performances. Its choppily edited and the narrative feels messy. It would have been more interesting to have spent more time on the relationship between Liz and Ted and to have delved into a bit more about him and his psyche. Instead it becomes an exercise in how well Efron can play Ted (which is very well) and a recreation of all the documentary footage we have seen so many times before. It fails to offer anything new beyond the documentary which was also directed by Joe Berlinger, and if you want a more interesting watch, the documentary is probably what you should watch. Disappointing on the whole, but there’s no denying the performances are fantastic.
★★★☆☆ Dynamite chemistry between the two leads and a surprising amount of heart as well, this is one of the better depictions of female friendship seen on screen, but sadly this film failed to fully ignite as much as I had hoped. It is laugh out loud funny in places, but not all of the jokes landed and I think this is because I was expecting it to be something that it wasn’t. It initially sets up the premise of a Superbad style night of debauchery but it quickly pulls the rug out and I think knowing this, I would perhaps get more from it on a second viewing. For me, it felt torn between something smart, fresh and different, and the usual teen gross-out laughs, and that tone didn’t always feel properly balanced. Definitely one I need to give a second watch to, this is still a great debut from director Olivia Wilde and the two lead performances are glorious.
★★★☆☆

If you’ve enjoyed reading this and my other content, please take a look at ways you can support me and this site right here.