The current age of movie trailers is undoubtedly very different to how it was years ago. Before the glorious days of the internet, most people would first hear about a film in the trailers at the cinema, seeing a poster at a bus stop, or an advert in a newspaper.

Now, it is very different. Trailers are available on YouTube before they’re even seen at the cinema, social media is used to promote a film sometimes years before its release, leaked footage from comic conventions will find its way onto the internet within minutes. It is quite simply impossible to avoid seeing anything about a film before it comes out. A recent example was the second trailer for Captain America: Civil War. I felt the first trailer had shown me just enough and I was worried the second trailer would spoil something so I vowed I would try and avoid it. But of course within seconds of the trailer airing, Twitter was absolutely full of spoilers, pictures and GIFs of a certain web-spinning hero, so I caved and watched the trailer anyway!

We’re now living in a time when big films have a teaser trailer for the trailer, where advertising is rammed down our throats, and short of moving to a cave far from any civilisation and that definitely doesn’t have WiFi access, there really isn’t an easy way to avoid any news!

For all the movies that get their marketing wrong however, there are plenty that get it absolutely right, and score the perfect balance between informing, creating buzz, and crucially, not giving too much away! In this post I’ll be looking at some recent examples, looking at the best, the worst, and the one that did something unexpected!

Would love to hear what you think about this, so please let me know your best and worst movie marketing examples in the comments below, or send me a tweet (@sarah_buddery).

The one that got it right 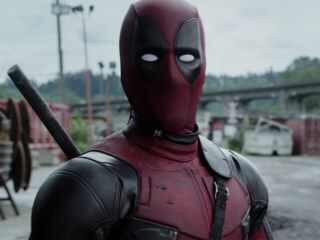 I had reservations at one point that the marketing campaign for Deadpool was a little too aggressive, and indeed it was everywhere! It was impossible to escape the “merc with the mouth”, but it absolutely paid off. Deadpool broke records left right and centre, becoming the highest grossing Marvel movie by 20th Century Fox, and the highest grossing R-rated movie (so far). It’s made people sit up and take notice of the fact that R-rated comic book movies can succeed, opening the doors for others to follow (I wrote more on that in this post).

Whilst it would be easy to attribute Deadpool’s success to the fact people enjoyed the movie, it simply cannot be ignored that it was in fact the movie’s marketing strategy which got people into the theatres in the first place. 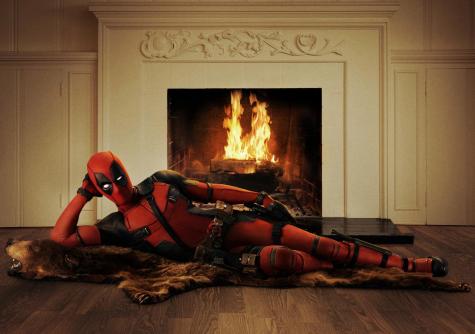 a fireplace. Simple enough, but this was enough to start the Deadpool hype! Fans loved how the costume looked, and loved how it immediately established that tongue in cheek, playfulness of Deadpool that makes him so popular. This was later followed up with the “12 Days of Deadpool”, a social media campaign where new content was released daily, culminating in the release of the second movie trailer on Christmas Day. Indeed, many fans felt like all their Christmases had come at once! The trailers (both red band and green band) gave a great feel for the character, but most importantly, they did not give too much away about the plot points.

Deadpool’s marketing campaign was clever in the sense it focused on the character of Deadpool rather than the film itself. With Ryan Reynolds popping up in Deadpool guise left, right and centre, people were on board with the character from the start, meaning it almost didn’t matter what the film was going to be about, people were just excited to see Deadpool!

The film was released on Valentine’s Day which led to the perfect opportunity for a hilarious new poster which had a slight tongue in cheek dig at Ryan Reynolds’ romantic comedy past, but also was a delightful misdirection. Most people obviously knew the film wasn’t going to be a romantic film, but I secretly hope it lead to some surprised reactions of unsuspecting people who were dragged along on a Valentine’s Day date!

All in all, Deadpool’s marketing campaign was great; it proved you didn’t need to bombard with film content in order to persuade people to go and see the film, and creative use of imagery and social media could have more of an impact than endless trailers and clips.

The one that got it wrong

Batman vs Superman: Dawn of Justice

Warning: minor spoilers, but no more than is already spoilt in the trailers! 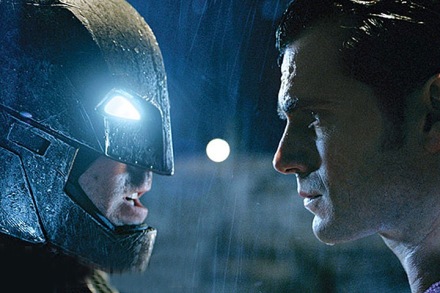 Let me just start by saying that I’m not going to give all of my opinions on this movie here; you can read my full review for those! However, I will just say that I did enjoy this movie for the most part, but I fully accept it is flawed. Some (but not all) of those flaws stem from the marketing campaign.

Indeed the problems start with the title itself. Calling it Batman vs Superman leads you to believe that the focus of this film is going to be the epic showdown between two of our favourite DC characters, and whilst there is the inevitable battle, it makes up a very small component of what is a very long film! The film was inviting fans to engage on social media by tweeting with the hashtag #WhoWillWin, which added more fuel to the hype fire about the spectacular battle we were going to see on screen. A more fitting title for this film would have been Batman AND Superman rather than versus, or just simply call it “Dawn of Justice”. I have no doubts that the misleading title is one of the reasons some people (particularly those not as familiar with the comics), might be asking for their money back at the theatres.

Now we come to the trailers. As I mentioned in the opening section of this blog, it is impossible to avoid trailers these days, and kudos to those who did avoid the BvS trailers. I, as I’m sure many others did, could not resist watching the trailers and seeing the heroes in action. All of the trailers for BvS were quite simply, awful. They not only gave away major plot points, such as Wonder Woman’s reveal and the first look at Doomsday, but they pretty much gave you a blow by blow account of everything that happens in the film in chronological order. It’s a 2 minute condensed version of the entire 151 minute film, which lead to very few surprises in the film itself.

Batman V Superman: They Fight For A Bit & Then They're Mates. https://t.co/WS84EUjQ5p #TheyFightForABitAndThenTheyreMates

As I was watching the film, a lot of the anticipation was taken away from me, as I knew they’d team up eventually, and that Wonder Woman would join them, and that they would fight Doomsday at the end. Had they not have revealed these crucial plot points in the trailer, there would have been more tension in the fight, excitement at the first look at Doomsday, and pure euphoria when Wonder Woman rocks up to join the fight!

There are many flaws in this film, but to sum it up, the marketing completely failed this movie. With the unnecessarily revealing trailers, and the arguably misleading title, it seemed like there were plenty of warning signs that this film would cause ructions! For hints on how to do a great superhero movie trailer, look no further than the Batman Begins teaser; it gives absolutely nothing away and doesn’t even reveal it is a Batman movie until right at the end. Simply genius!

Read my Batman vs Superman: Dawn of Justice review here.

The one that did something different

January 15th 2016. One day I will tell my grandchildren about where I was on the day that

the 10 Cloverfield Lane trailer dropped and the internet imploded on itself…just kidding, but it was certainly a memorable day!

The fact that this film had been made in total secret, and that the trailer dropped a mere 2 months before the film’s release, was nothing short of remarkable. Referred to as the “blood relative” of 2008’s cult hit monster movie, Cloverfield, this sort of sequel completely took everyone by surprise, and the best news was that we only had to wait a few months to see it!

Cloverfield had a great trailer, it started off looking like a rom-com, and then suddenly all hell broke loose and there was the wonderfully memorable image of the severed head of the Statue of Liberty rolling down the street. It told you nothing about the plot, but certainly created a lot of hype.

The 10 Cloverfield Lane trailer was equally genius, it revealed the cast, and that it was set in a bunker, and then…the title! This was enough for everyone to collectively lose their sh*t, and was remarkably effective. Some have argued that calling it 10 Cloverfield Lane is a spoiler for the film as many would go into it expecting something the same as Cloverfield. I would argue however that whilst the title gives you an indication of the direction the film might take, it doesn’t reveal anything which is likely to hamper your enjoyment of the film, but instead makes you even more hyped to find out how the two films might relate.

I admit it wouldn’t be possible for all films to drop the surprise trailer like 10 Cloverfield Lane did, but it is certainly worth mentioning as it used one simple trailer and it’s name to generate huge amounts of hype, just a mere two months before release. This is not something every film could do, as they generally take time to build up a buzz, so JJ Abrams and the 10 Cloverfield Lane marketing team have to be commended for this one!

Now it is over to you! Don’t forget to let me know your best and worst movie marketing examples in the comments below, or on Twitter. What trailers blew your mind, and which ones left you cold? Were there any that completely put you off a film, or made you change your mind and persuade you to see it?

2 thoughts on “Movie Marketing: Who got it right, who got it wrong?”