Happy Friday everyone! With all the Civil War shenanigans of last week, I didn’t get time to round up the movie news, so here is a bumper 2 week edition for you to enjoy!

Playing around with the format of these posts so please give me any feedback, and I hope you enjoy reading!

With all the hype surrounding Civil War, Marvel made a shock announcement that the Inhumans movie was to be pulled from its Phase 3 slate. Whilst this movie ranked pretty low on the list of Marvel movies I was most excited about seeing, it’s still a shame that it might not come about. Whether the date has been pushed back, or whether the movie has been cancelled permanently is still unclear, but many were speculating that it was because the Inhumans had featured quite prominently in the TV series Agents of S.H.I.E.L.D. The announcement of Spider-Man: Homecoming could also be to blame, with the webbed hero receiving rave reviews after his performance in Civil War, Marvel may have decided to settle with a popular well-known character rather than introducing another new property.

Keaton talks over with MCU 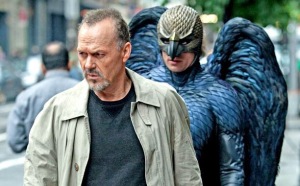 DAMMIT. After getting super excited about the possibility of seeing Michael Keaton join the MCU, possibly as Vulcan, it now appears that he is no longer in talks for a role in Spider-Man: Homecoming. I’m still hopeful this can change, but either way I’m excited to see more of Tom Holland as Spidey, and feeling hopeful that Marvel will do great things with this character.

First look at the animated Batman: The Killing Joke trailer arrived last week, and basically YAAASSS. I am so, so on board with this! It’s got Mark Hamill back as The Joker, it looks dark and scary AF. I need this in my life NOW.

The Apocalypse is coming!

The final X-Men: Apocalypse trailer landed, and in my opinion it’s the best one so far! I love the exchange between Mystique and Quicksilver about Magneto, and we finally see a very familiar character teased at the end. Bring it on!

With most people pretty much convinced that The Force Awakens’ star Daisy Ridley would be cast as Lara Croft in the upcoming Tomb Raider movie, it was announced that it would in fact be Alicia Vikander taking on this role. Would’ve been happy with Ridley as well, but I think Vikander will be great, she’s one of the best young actresses around at the moment, and hopefully with the right team behind it, this’ll be a fun action movie.

This week we got our first look at the new Power Rangers costumes, and boy are they different to the old ones! Personally I love them! They look fresh and modern, and supposedly they grow onto the Rangers rather than being a suit they put on. I. Love. This.

After much speculation and whittling down, Alden Ehrenreich has been cast as young Han Solo in the upcoming Star Wars anthology spin-off. I’m still very much of the opinion that a young Han Solo film is entirely unnecessary and I’m not convinced anyone can play Han Solo except Harrison Ford, but out of the list which included Miles Teller (nope), Taron Egerton (he’s good but nope), and Ansel Egort (NOPE NOPE NOPE), this is absolutely the best choice. Most people wouldn’t have heard of Ehrenreich, but he stole the show in the Coen Brothers’ Hail! Caesar, and he absolutely looks the part. Reserving plenty of judgement for now, but good choice!

This week on “Sarah Saw a Movie”