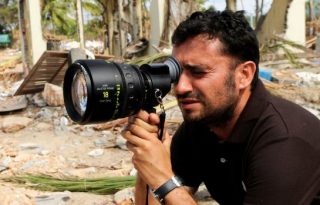 The Story: It was confirmed this week that J.A Bayona would direct the next film in the Jurassic Park franchise, Jurassic World 2.

My Take: You’d be forgiven if you hadn’t heard of this director before, because I hadn’t! A quick glance at his IMDB page informed me he directed the tsunami drama The Impossible, which shows he can direct big dramatic action scenes. As very few details are known about this sequel, I haven’t got too many thoughts yet, but it’ll be interesting to see what Bayona does with such a high profile film.

Ghost in the Shell movie under-fire

The Story: The first pictures of Scarlett Johansson in the upcoming live action version of popular anime Ghost in the Shell appeared online and people were not happy! Whilst the casting of Johansson has been known for a while, the movie received heavy criticism for not casting Asian actors, and for allegedly using VFX to make the Johansson and other cast members look more Asian.

My Take: I have absolutely nothing against Scarlett Johansson, and am still hopeful this film will be good despite the heavy criticism it has already received. I think the problem goes much further than just the decisions made by this one film, and the whole film industry in general needs to look at how many minority actors are being cast in films. It seems like the “Oscars so White” controversy has got a lot of people really amped up about this issue, and it’s not something that is going to go away easily.

I'm about to get all up in that Golden Circle. #Kingsman pic.twitter.com/LqCPJ6monO

The Story: Channing Tatum announced via Twitter that he would be joining the Kingsman cast for the upcoming sequel.

My Take: Dammit now I really might have to like this film despite really not liking the first one! This cast seems to be getting better and better, so I’m hopeful for how this film will turn out. The plot will supposedly introduce the American equivalent of “The Kingsman” so it is likely that Tatum will be in this role.

The Story: Cinema chain AMC announced they were considering letting people text in some of their screenings. Targeted largely at “millenials” who supposedly would rather lose a limb than be told not to text, the story received much critcism before they eventually went back on this and said it would not be something they were likely to consider anymore.

My Take: It is MADNESS to even suggest something like this! Allowing texting in certain screens or areas of the cinema still wouldn’t stop people doing it in the normal screenings, and in my mind there’s no way texting should be encouraged in the cinema ever, even in specially designated screens. It was a ridiculous notion, and I am in no way surprised that AMC massively backpedaled when they realised how unpopular the suggestion was!

The Story: Details are scarce, but it was announced that Dafoe would be joining the cast of the Justice League, yet another actor making the switch from Marvel to DC, having previously appeared as the Green Goblin in Sam Raimi’s Spider-Man. He will supposedly be one of the good guys in this movie however!

My Take: I don’t have anything hugely intelligent to say as we have no idea who he’ll be playing yet, but I’m intrigued to see Dafoe playing a good guy, as he’s made a career of playing shady characters!

The Story: Vin Diesel shared the first look at the new poster for “Furious 8”.

My Take: It’s a rather reflective poster, interestingly just focusing on Diesel’s Dom Toretto rather than the entire cast. It will be interesting to see how the series changes now without Paul Walker, and I think this poster sets the tone nicely.

My Take: I was sceptical but this trailer looks great!! It’s a very well edited trailer, but it gives a great indication of how the film will be, and I’m excited!

The Story: Bourne is back and so is Matt Damon; the new trailer was released this week.

My Take: This trailer didn’t blow me away, but I really like the “You know his name” marketing stuff that is going alongside this, and I’m really looking forward to seeing Matt Damon back in action! 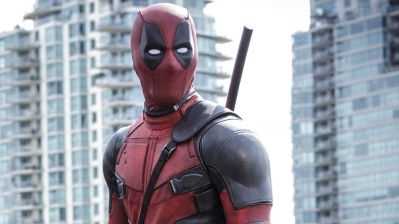 The Story: Ryan Reynolds will return as the “Merc with the Mouth”, and Director Tim Miller will be back in the chair to direct the sequel to the incredibly popular Deadpool.

My Take: I mean a sequel was inevitable, but I am super pumped that the entire creative team behind the first movie will be returning for Deadpool 2. We already know Cable will be one of the characters appearing alongside Deadpool, and I can’t wait!

The Story: Dwayne Johnson confirmed Pamela Anderson would appear alongside him in the upcoming Baywatch movie.

My Take: I mean everything about this film seems ridiculous to me, so sure, why not!

This week on “Sarah Saw a Movie”

Eye in the Sky Review

If you missed last weeks movie news round-up, you can find it here!