As we rapidly approach the end of what has quite frankly been a terrible year, I’m throwing my proverbial hat in the ring and giving you my round-up of the best and worst movies of 2016.

Whilst it might have felt like the world was ending in the relentless stream of bad news that 2016 has brought us, it has actually been a pretty damn good year for movies!

Just a bit of house-keeping before we get started; my list is based on UK release dates, so yes there are a couple of films which those across the pond might’ve had in their 2015 lists. Also, I was at one stage threatening to include the 2017 releases that I have already been fortunate enough to see (La La Land, Free Fire, Lion, A Monster Calls) in this list, but I thought better of it as I realise the majority wouldn’t have seen these, and their UK release dates are all in 2017 based on IMDb. Rest assured though, one of the aforementioned is already my #1 film of 2017, and it will not be moved!

With all that out the way, let’s get cracking! 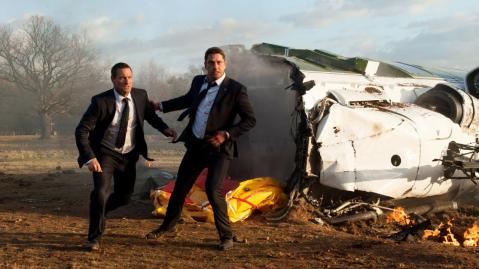 If it wasn’t for all the ridiculous things a certain Mr Trump said in 2016, then “Go back to Fuckanistan”, a line mumbled by Gerard Butler’s relentlessly “patriotic” Mike Banning, might well have been one of the most offensive things uttered all year. Olympus Has Fallen was big, dumb fun, and whilst it’s sequel was bigger and dumber, it was a lot less fun and the flag-waving and over the top action stopped this one from being an enjoyable action flick. 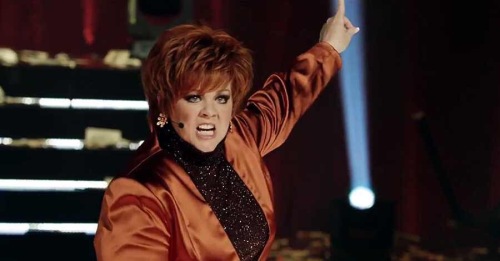 Melissa McCarthy is an acquired taste, and whilst she was undoubtedly having a good time in this, and her performance was still pretty good, it didn’t give her enough opportunities to be really funny and ultimately fell flat. Sometimes films can just be funny without needing to have some kind of heartfelt moment tacked on the end, and as was evident with this film, when it tries to do too much it actually ends up doing very little. 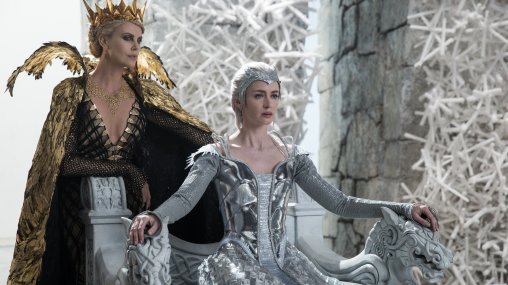 Another boring, bland, and totally unnecessary sequel which may have lost Kristen Stewart (no great loss really), and gained an Emily Blunt, but did very little else to capture the imagination. Meh.

A crushingly dull and boring action film which was never fully able to justify why Jason Bourne would return. The plot was generic, uninteresting, and whilst it did have some solid action moments, it failed to fully get started and failed in recapturing what made the original films so excellent.

I had nothing interesting to say about this film at the time (hence no review!), and I have nothing interesting to say about it now. I can barely remember this film, I just remember it being terrible, bland, and with a terrible and random performance from Kate Winslet. On paper it had a great cast, but in reality, it failed to utilize this properly and resulted in a boring and evidently very forgettable crime movie.

The review that angered a thousand angry Warcraft fans, and I don’t doubt this placement will anger some people as well. Single-handedly managing to alienate every one who had never played a Warcraft game before, this film wasn’t able to establish itself as a reputable franchise-starter, and it joins a long line of rubbish video game adaptations. Near impenetrable for those not well-versed in Warcraft lore, this film might have pleased some but sadly it wasn’t for me. 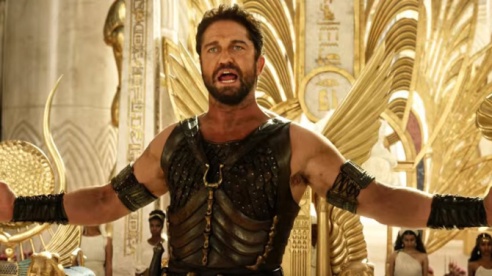 A film so laughably bad, I was honestly telling every one I met to see this film just so you could see how completely awful it was. It only doesn’t appear much lower in this list because I had such a wonderful time laughing solidly whilst watching it! That being said, it is still a terrible, terrible film that is hilariously terrible in every possible way, but it is also hilarious to sit and think about how a film like this actually ever got off the ground. And you should still try and see this! 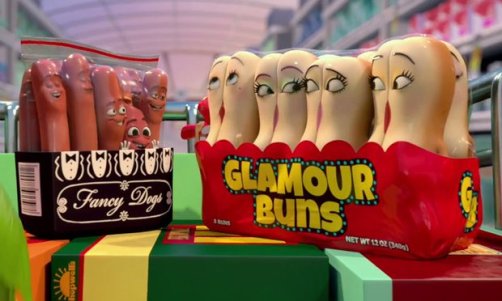 So much promise, and yet this film ended up being an absolute disaster. Where it worked was in its pretty funny parodies of movie scenes, but it failed in its relentless reliance on innuendo and the less said about that end scene, the better. Put me off food for at least a few hours… 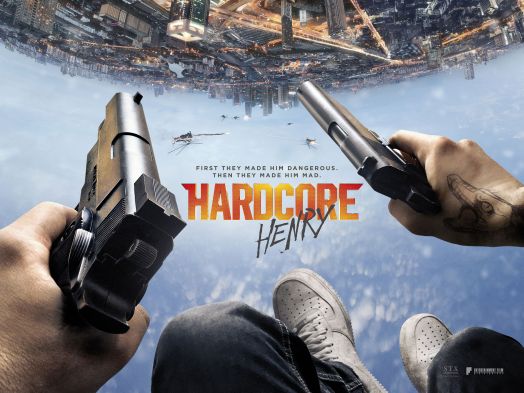 I fully appreciate what this film was trying to do, and some of its technical aspects should be praised, but the gimmick of this nauseating first-person action film wears thin very quickly, and ends up being about as exciting as watching someone else play a video game. Which is not very exciting at all. 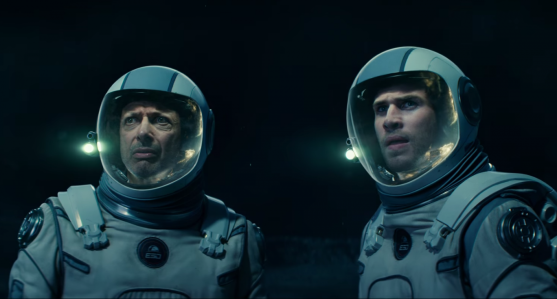 It is sadly a sign of the times we’re living in now where we are subjected to a barrage of remakes and unnecessary sequels to films which never really needed a sequel. Neatly filed into the “unnecessary sequels” category is this brash and truly terrible follow-up to Independence Day. This film doesn’t need to exist, and luckily it is very easy to forget about as it is so nondescript! 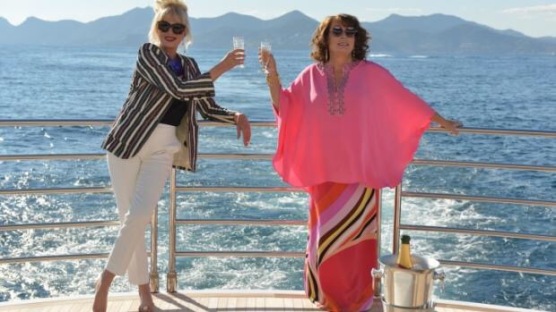 In a year that also saw a big-screen remake of popular British sitcom Dad’s Army, it is in fact the return of Edina and Patsy that ended up being the worst movie version of a TV show in 2016. Funny for approximately 30 minutes, this was a “comedy” which very quickly ran out of steam, pleasing absolutely no one at all, not even the die-hard fans of the show. Entirely forgettable and absolutely pointless rather than absolutely fabulous.

9. War on Everyone
Full review here 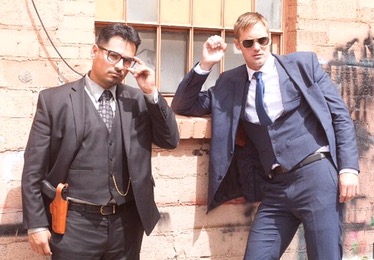 In its attempts to single-handedly offend every single person possible, War on Everyone ended up being one of the most mean-spirited and woefully unfunny films of the entire year. I didn’t entirely write this film off when I first saw it, as I did enjoy the two lead performances, but upon reflection, it did absolutely nothing new, noteworthy or interesting and fully deserves a spot in the depths of 2016’s cinematic dumpster. 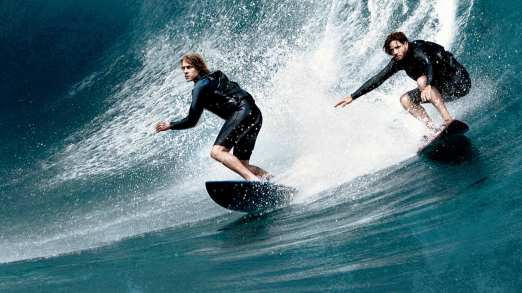 Not just one of the worst films of the year, but easily one of the worst remakes EVER. This was the remake absolutely no one needed, no one saw, and no one ever needs to see again. Lacking all the chemistry that Swayze and Reeves had in the 1991 original, this pointless Point Break rehash was soulless, dull, boring, and with two lead characters who were devoid of any likeable or redeeming qualities. Just awful. 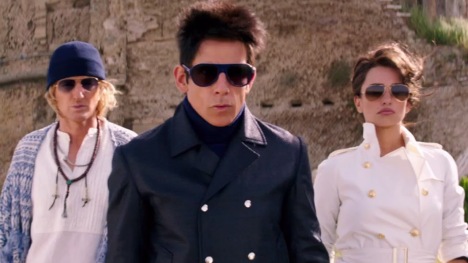 Noticing a pattern here with the types of films appearing in this list? Terrible remakes and sequels to films which come so far after the original, that you’ll question the very need for their existence? Once again back in the rubbish sequels territory, following in the footsteps of cult comedy classic, and endlessly quotable Zoolander, comes this horrible, unfunny and downright terrible sequel. A never-ending cavalcade of pointless celebrity cameos, this film feels like one long publicity stunt, and it needs to be forgotten about as quickly as Taylor Swift and Tom Hiddleston’s “romance”. 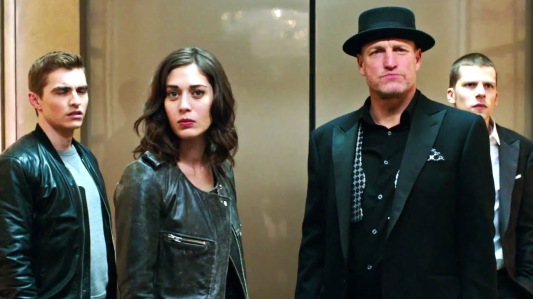 Where to start? The plot is an absolute mess, simultaneously trying too hard to be entertaining whilst also going out of its way to be as impenetrable and confusing as possible. The script is dire, the performances are cringe-worthy, the pacing is awful, the motives are unexplained, the “twists” feel unearned, and every single thing about it feels unnecessary. I hated this film and it made me angry. So, so angry.

5. The Girl on the Train
Full review here 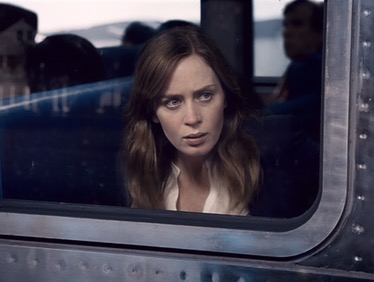 I had major issues with the novel on which this film is based; I liked the storyline and found the characters engaging, but disliked the structure and the way it was written. Going into see this fairly confident that the film would fix these issues, it instead amplified all the issues I had had with the book, and gave me even more things to hate about it. Despite Blunt giving a pretty good performance, this film lacked any other redeeming qualities. It is a grotesque, uninteresting, hot mess of a film which manages to be laughable in its moments of supposed drama, and tries so desperately hard to be Gone Girl that it actually results in a film which feels tonally confused and completely all over the place. A train wreck of a film, appropriately. 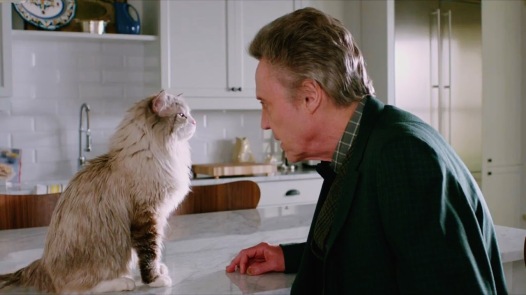 I described Nine Lives as “a film so bad the 90s would reject it”, and indeed it is laughable that a film as awful as this ever got green-lit. It is perhaps even more laughable that Kevin Spacey and Christopher Walken would sign on to appear in this tripe. The humour is designed to please cretins, the CGI is amongst the worst I have ever seen, and really I have nothing more to say on how terrible this film is…! 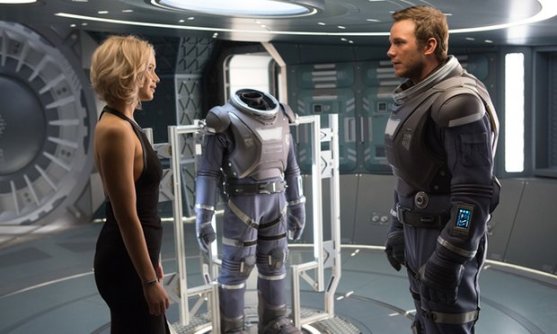 I never thought I could feel hatred in my heart for something as much as I hate this goddamn film. I never thought I could hate Chris Pratt and Jennifer Lawrence as much as I hate both of them for appearing in this shallow, putrid, waste of film, time, oxygen and brain-cells. I hate this film with every fibre of my being. It is so troubling to me that the questionable actions of Chris Pratt’s character are so shamefully glossed over with shiny lights and pretty effects. It’s Stockholm Syndrome in space, and it is wholly unpleasant. Don’t let anyone tell you this is a love story, it is a film about a creepy, obsessive man who condemns an innocent woman to death and denies her the future she had been dreaming off because he thinks she’s pretty hot. Oh but it’s ok, don’t think about that, look its Chris Pratt’s butt and Jennifer Lawrence in a revealing swimsuit! 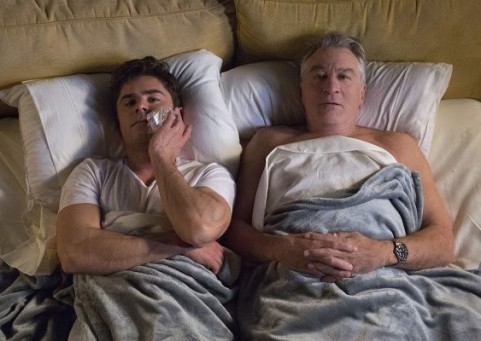 This film has no redeeming qualities. None. Zilch. Zero. It’s not just one of the worst films I’ve seen this year, but one of the worst films I have ever seen. It is simply beyond belief that the great DeNiro is making films like this now, one of the greatest actors of all time, in a gross-out bro-comedy movie with the resident go-to bro Zac Efron. NOPE. A whole world full of nope. A massive steaming pile of nope. I have literally nothing else to say about this horrific excuse of a film. 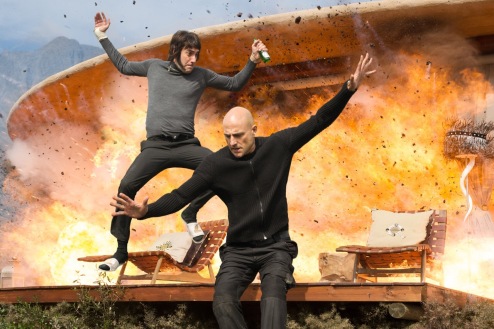 I knew from the moment this film started that it was going to be my least favourite film of the year, and boy has it had some competition, but nothing was going to knock this film off the bottom spot. I’ve never come as close to walking out of a film as I did with this one, but I stuck it out because I was reviewing it. I mean a medal, or at least a half-hearted “thank you” is required for the sacrifice I made on behalf of all of you! Someone stop Sacha Baron Cohen from making movies now, especially if they’re ones as terrible as this.